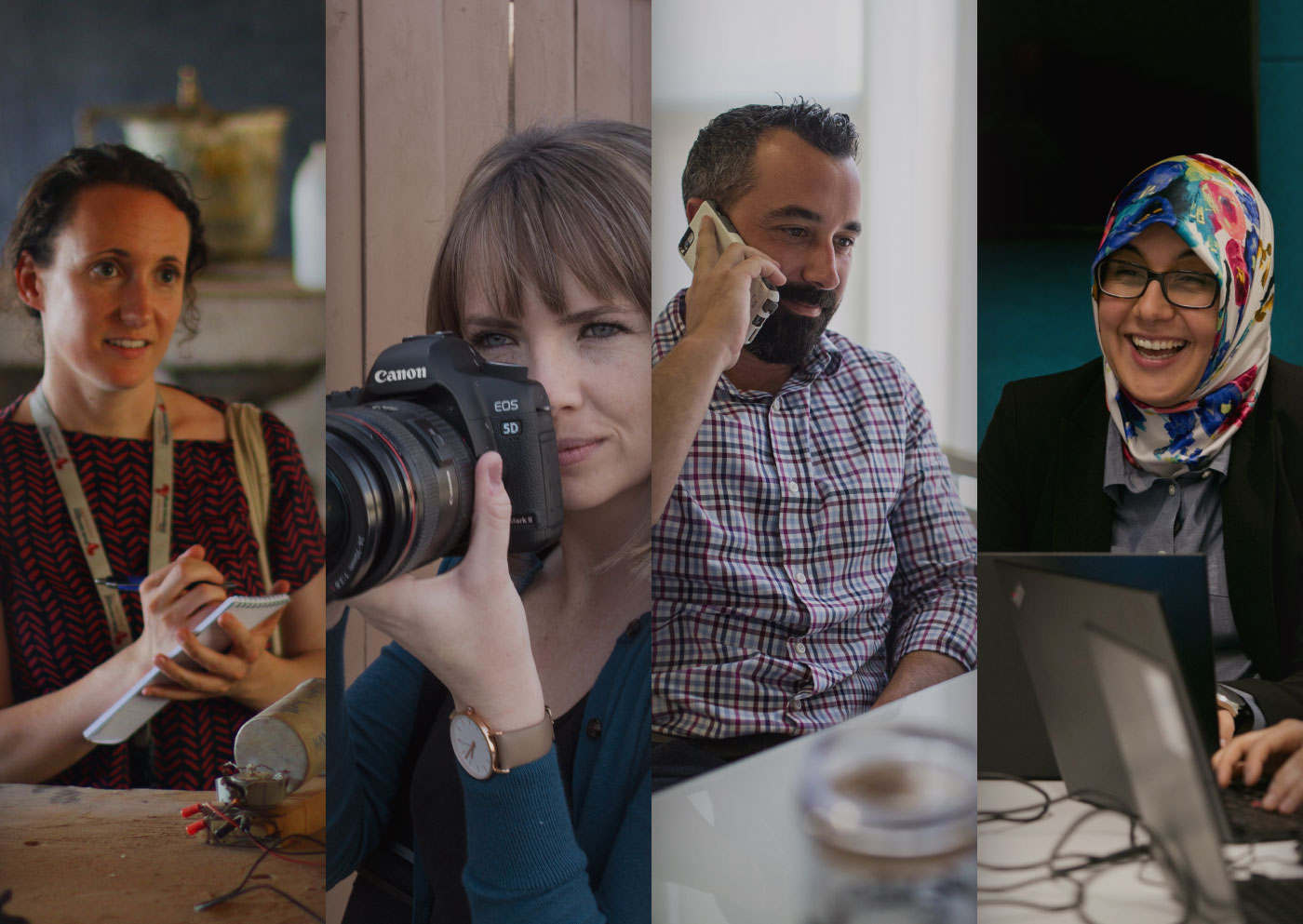 The national call-to-action will launch on Nov. 1, 2019, when donations up to $1,000 to 198 nonprofit news organizations will be matched. Donors will be able to contribute between Nov. 1, 2019, and December 31, 2019, at NewsMatch.org — the first and only one-stop platform for donating to nonprofit news — and directly on the websites of participating newsrooms.

“The incredible growth of nonprofit newsrooms and their supporters is inspiring to witness,” said Sue Cross, Executive Director and CEO of the Institute for Nonprofit News, one of NewsMatch’s nonprofit partners in expanding community-supported news reporting. “This year’s NewsMatch campaign will ensure that people can easily find and support trusted and local news providers in the communities they care about."

In 2018, NewsMatch helped 154 newsrooms raise $7.6 million from individual donors and a coalition of foundations and companies, making it the largest-ever grassroots fundraising campaign to support local news. Ninety-three percent of last year’s participants said the campaign helped them raise more money than they otherwise would have. In the three years since NewsMatch was launched, it has helped participating newsrooms raise more than $14 million. A sign of growth in public support for journalism, the INN Index 2019 study found individuals and families now donate nearly 40 percent of all the revenue going to news nonprofits.

Examples of success that grew from NewsMatch include:

The 2019 campaign comes at a time when national media outlets including The New York Times, the Associated Press, and the Wall Street Journal have reported on the growing crisis in local news and the dire consequences for communities. Meanwhile nonprofit newsrooms have been launching at a pace of more than one a month in the U.S. for more than a decade.

Donors and foundations can contribute to NewsMatch 2019 or support individual newsrooms by contacting The Miami Foundation’s Lindsey Linzer at LLinzer@miamifoundation.org.

Donors can easily find and support trusted reporting in their community and on issues they care about at NewsMatch.org.

Organizations selected for NewsMatch 2019 include:

These nonprofit news organizations are all members in good standing of the Institute for Nonprofit News. To be a member, an organization must be a 501(c)(3) or have a 501(c)3 fiscal sponsor, must be transparent about funding sources, and produce investigative and/or public-service reporting. Donations are tax-deductible as allowed by law.

About the Institute for Nonprofit News:

The Institute for Nonprofit News is an incubator and support network for nonprofit newsrooms, strengthening the sources of independent, public service information and investigative journalism for thousands of communities across the U.S. INN is the only organization in the U.S. specifically focused on supporting the emerging nonprofit news sector. For more, visit INN.org.

About the John S. and James L. Knight Foundation:

Knight Foundation is a national foundation with strong local roots. We invest in journalism, in the arts, and in the success of cities where brothers John S. and James L. Knight once published newspapers. Our goal is to foster informed and engaged communities, which we believe are essential for a healthy democracy. For more, visit knightfoundation.org.

Created by eBay founder and philanthropist Pierre Omidyar, Democracy Fund is a foundation helping to ensure that our political system can withstand new challenges and deliver on its promise to the American people. Democracy Fund has invested more than $125 million in support of a healthy, resilient, and diverse democracy with a particular focus on modern elections, effective governance, and a vibrant public square.

About The Miami Foundation:

Since 1967, The Miami Foundation has used civic leadership, community investment and philanthropy to improve the quality of life for everyone who calls Greater Miami home. We partner with individuals, families and corporations who have created more than 1,000 personalized, philanthropic Funds. Thanks to them, we have awarded over $250 million in grants and currently manage more than $300 million in assets to build a better Miami. As the Foundation marks our 50th anniversary, we are celebrating great Miamians who have championed what matters to them, encouraging all residents to share their Miami stories and unite around the causes they care about. For more, visit miamifoundation.org.

About the Jonathan Logan Family Foundation:

About Ethics and Excellence in Journalism Foundation:

Founded by Edith Kinney Gaylord, Ethics and Excellence in Journalism Foundation’s mission is to invest in the future of journalism by building the ethics, skills and opportunities needed to advance principled, probing news and information. For more, visit journalismfoundation.org.

The Facebook Journalism Project was created in January 2017 to establish stronger ties between Facebook and the news industry. FJP is dedicated to ensuring high quality journalism thrives by delivering value through new products, partnerships with the news industry and programs. FJP works in three ways: collaborative development of new products; providing tools and trainings for journalists; and providing tools and trainings for people.

About the News Revenue Hub: